Dr. King-wa Fu (Associate Professor at the Journalism and Media Studies Centre of The University of Hong Kong) on the use of platforms for anti-government protests in Hong Kong in 2019. King-wa was speaking on a Platform Futures panel discussion Mobile Ecosystems: Opportunities and Challenges in the Asia-Pacific hosted by Digital Asia Hub on June[…] 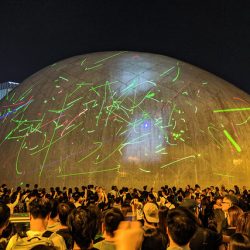 It has been almost three months since between 240,000 to a million Hong Kongers marched in protest against an extradition bill many feared would lead to an unacceptable weakening of Hong Kong’s legal independence from Beijing as per the “one country-two systems” principle enshrined in Hong Kong’s Basic Law. While this bill was proclaimed “dead”[…]