Global and local social media platforms play a growing role in people’s lives; a space to seek knowledge, entertainment and love, transact goods and services, and to develop a sense of community and belonging. They also make it possible for many to become content creators creating new economies. In many ways, these platforms play the role of the public square, yet they are dominated and/or governed by a handful of companies that set and enforce the terms of for endearment/engagement, and rely on gathering, remixing and trading in personal data.

What role do platforms play as a space for new subcultures to emerge and thrive in Asia? What are the unique attributes or characteristics of successful online communities in the region, and what contexts or conditions serve as facilitators or barriers? What are some of the emerging contestations and frictions as these communities get digitized or platformized?

In this Platform Futures conversation, we invite experts from around the region to share perspectives and insights. In the coming weeks we will update and add responses to this thread.

In the last few years, we have seen some major disruptions with the rise of cheap mobile phones and diverse data plans, particularly incentivizing low-income groups or what we call the next billion users to come online. This has led to some deeply inclusive developments triggered by such digital innovations. These populations and their conditions and contexts have long been invisible in mainstream media narratives, and when made visible, have been chronically characterized as lazy, criminal, inefficient and immoral. Media platforms like Facebook, TikTok, YouTube and WhatsApp have allowed for new possibilities for this demographic to tell their own stories.

Prior to the TikTok ban in India for instance, a vast number of young people from the second and third-tier cities and rural areas took to this platform to share their everyday ordinary lives through lip syncs, body flips, dance moves, and sharing of recipes. This has given them enormous confidence to engage with diverse and often global publics. These platforms allow for new forms of self-actualization, identity affirmation, a sense of belonging and pride in their local cultural practices. For women in patriarchal and conservative societies across Asia, these novel digital spaces carve out the chance of connecting with strangers, building solidarities online, and shaping their own identity that is traditionally controlled by their families and communities at large.

More astonishingly, they were able to garner a significant following, debunking the mainstream media logics that there is little interest or curiosity of what is looked upon as undesirable content. In fact, TikTok tried desperately to “sanitize” their platform culture by “sweeping ugly people and poor people under the rug”  by deploying algorithmic and human content moderators to purge these spaces of dilapidated homes, slums, shabby looking people and other categories that they believed would scare the middle class away. This is just one of the numerous examples of how subcultures while emerging and thriving due to platforms are also undergoing new forms of suppression, oppressive curation, and renewed negation.

The point here is that when it comes to the marginalized majority on this planet, the billions of users coming online for the first time, we tend to overtly focus on their utility driven behaviors as well as view them predominantly as victims. I am not advocating for romanticism of these populations or platforms. Rather, I am making the case for a more humanistic approach to them – to attend just as much to their joys, their pleasures, their dreams and aspirations, and their everyday dignities that they share with us through a variety of digital channels, be it the TikTok of yesterday to the Clubhouse of today.

Pessimism is a luxury. There are no social movements in history that was inspired by this emotion. Hope is the only fuel for progress, however naïve it may be. This so-called naivety is essentially the everyday courage of communities at the margins of power who continue to insist that we acknowledge their presence, their resilience, and their creativity despite these ongoing challenges. We can start to see the light, be it through the rise of the podcast culture where platforms like Aawaz are designed with the next billion market at the heart of their project – catering to them through diverse content in multiple languages. These leisure-filled subcultures are intrinsically high-risk cultures for the next billion, as they defy the rules of the game by their very presence in what is considered not their space. Their uptake of such risks should stand as a reminder to us all that platforms are not optional but essential public spaces in our contemporary life. It is our new urban commons and we all need to do our bit to ensuring that these spaces are genuinely for a global public, with the norm being the next billion users. 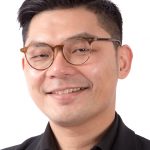 Over the past ten years the platforms for online communities have been constantly changing: From Facebook to Instagram, YouTube to Podcasts, and now  Clubhouse, the most recent platform to emerge. Through the conversation styles on platforms, we can see differences in the way people express their emotions, and a gradually widening gap between generations.

According to the latest research report released by the Taiwan Digital Media and Marketing Association, aided by the popularization and diversification of various digital platform tools, such as the high-quality performance of iPhone12 cameras, everyone has the opportunity to make their mark through social platforms. Those born after 2000, the so-called Generation Z, began communicating through social media platforms since they were young. They are more self-aware than previous generations, eager to socialize, and more confident to express themselves in social media. They are also very clear about the distinct purpose of each social platform and will express different aspects of themselves. We can also find that short video and audio have gradually replaced pure text interaction.

Many Taiwanese digital marketing companies have begun to use AI technology to match manufacturers, designers, and other related platforms, with online celebrity marketing operations to increase the voice of the online community. People nowadays are more accustomed to images. If image-based applications are added to the social platform it will help increase traffic. Coupled with user collaboration, such as allowing consumers to share their own consumption experience, or share their own images, or even participate in the operation of the platform, the online community can be enriched, and user loyalty can be enhanced.

Regarding the future of the online community in Taiwan, it may be faced with the prospect of a fragmented ecosystem, with various creators presenting in different forms. There will be platform operators trying to integrate this fragmented ecosystem while facing competition from foreign platforms.

On the other hand, although the Internet community has gradually become one of the indispensable life circles for people, it has also led to the emergence of the digital divide problem. According to the “Research Report on the Classification of Digital Development in Towns and Urban Areas” released by the National Development Commission of Taiwan in 2021, the biggest warning sign is that the digital gap has begun to appear in traditional metropolitan areas. This shows that not only do the people living in remote areas face the digital gap challenge, but even the disadvantaged people within the city have also been ignored in the process of digitization.

In order to build a digitally equal and digitally inclusive society, in addition to upgrading hardware network equipment, we should also look at whether disadvantaged groups (such as the elderly, new residents, aboriginals, etc.) have digital knowledge, skills and abilities.

Through a new program on Platform Futures, the Digital Asia Hub convenes a network of academics and experts studying multiple aspects of platforms, and to create a space for dialogue on opportunities, challenges, and governance best practices in the APAC context.