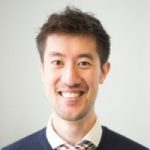 Tak Lo is busy creating startup leaders in Asia as managing director of Zeroth.ai, an AI-focused VC fund based in Hong Kong. He is a Director at R/GA Ventures Asia and a Venture Partner at Mind Fund, an early stage fund. He is also an advisor to the Estonian eResidency and Tech City Upscale Programs.

Dev Lewis talked to him in Hong Kong.

DAH: Recently China overtook the US in terms of of AI research output, prompting discussions in the media about China and Asia’s capabilities. How would you compare the AI and Machine Learning ecosystem in Asia to the US?

TL: Asia is definitely behind. I think in the pecking order of things you have the US – Silicon Valley and New York – followed by London and Cambridge in the UK. But with this industry and technology, it doesn’t take 7 years any more to build an ecosystem. Asia is definitely behind but in a couple years, who knows? This is the reason why we (Zeroth.ai) exist. You said that the quantity of AI research in China has surpassed the US. It does start with research first. The research proves that there are smart people doing smart things. The AI scene is probably correlated to that and hopefully we’re there to address that.

DAH: How does China measure up?

TL: In terms of financial capital, China is not behind at all. Evaluations in the US are probably just a little higher than in China. There is human capital, but not as developed. For example, in the US, there are a lot of people with startup experience, whereas here for most entrepreneurs, it’s their first startup.  The flow of capital in and out is not as diverse, but if you take the example of a billion people in China—there is a lot of capital in there and a lot of flow within the country.

DAH: Hong Kong has a long history as a leading economic and trading hub in Asia. It’s perhaps not as synonymous with bleeding edge technology in the way that Silicon Valley is. Does the city possess the right fundamentals to be a hub for AI in Asia?

TL: In short, no. The two big things that are missing are good engineers and a culture for tech entrepreneurship. It’s not a town that is currently built for tech startups. That doesn’t mean it cant be, just that currently it’s not very good. There is a ton of financial capital, but the city lacks the human capital and entrepreneurs.

DAH: There are many fears about AI’s impact on jobs and the labour force. How will automation and machine learning affect countries in regions such as South Asia and Southeast Asia, where the majority of the population relies on low-skilled, low-wage jobs?

TL: My stance has shifted on this question.

DAH: The media narrative in Asia seems less negative, more upbeat about the potential benefits of AI. Do you see the risks playing out differently in the Asian context? If so, why?

TL: The media see and read too much science fiction: they don’t think about the problems as much as I do, so they gravitate to these issues.

I don’t think there are too many risks with AI. The job creation argument kind of falls apart. I guess if there is one risk, it’s of a rogue AI system doing something we’re not aware of, and we don’t have a kill switch. For some people and some circles, that’s a real argument. The way we think about it is that the more people we have in the space, the more we can harness the power. The more people in the community we have, the better. It’s about getting the positive out of this technology and trying to minimise the negative.

AI and machine learning is not that special. It has just amplified whatever we have by a factor of 10, because we have something that can learn by itself. We just have to protect the downsides and harness the upsides so we can progress as a people. That’s the most important thing. No one can argue that autonomous driving is not good, or bad. You are basically reducing car deaths to a tenth of what it was. That’s a lot. So to say “look, we don’t want to save lives”? That’s a weak argument.

I mean, look, it’s important to recognise what went wrong and improve it, but I really think AI and machine learning can bring about humongous changes. Imagine an economy where nobody has to drive anymore, think of how much time you can save, how many deaths that are reduced. I think that’s the bigger picture here.

Look at healthcare. Right now, if you have cancer, you go to one doctor who says you have an x% chance. You don’t trust that doctor, so you get a second opinion from another doctor, following which you go the third doctor. No one ever gives you an accurate percentage. Think about an AI system that has seen 10,000 scans of this thing and can give you a much more accurate percentage of the likelihood.  Isn’t that going to help you better?

DAH: ’AI for X’ is becoming a popular business model, as industry leaders and entrepreneurs alike turn to AI. Is this largely a branding or marketing strategy – along the lines of the “Uber for X” or the “Google for Y” cliches – or do you genuinely see value addition here?

TL: No. Thankfully all the companies we have are led by technical people who know what they’re building. There is no value in being a copycat in this space. If you cant back up what you’re doing with actual models and development, you can’t survive as an AI company. The threshold for being able to develop an AI company – technically – is in some ways higher.

DAH: In the near term, which sectors do you think will be the early adopters or first movers? And which “traditional” jobs or industries do you think might feel the pressure of being “disrupted” or upended by the AI juggernaut?

JL: Globally, I think the automobile industry, because it has a huge impact. In Asia, I think it’s going to be really different. Looking at autonomous driving, the training data for self driving is really about cultural context: Driving in India is very different from driving in Singapore, which is very different from driving in Beijing. That’s why we need people to have training data of Beijing instances, Hong Kong instances, Bangalore instances, etc. Driving behaviour is contextual. People are not doing this in Hong Kong, and I would like to see more being done.

DAH: Finally, looking at your journey, what led you to build Zeroth.ai?

DAH: Where do you see the greatest successes in this space? What advice would you offer AI entrepreneurs in Asia?

TL: One of the largest AI companies was built here—Sentient.ai. It’s one of the most well funded AI companies.

I would say: build a company, find the smallest use case you can, because it’s all about data. Focus on that and on trying to get data, training your algorithm, and building your business around it.

Dev Lewis
Fellow and Program Lead at Digital Asia Hub
Dev’s research interests include AI policy and the digital economy in the Chinese and Indian context. He is also a Yenching Scholar at Peking University. Dev has an International Relations degree from Roger Williams University and studied Mandarin in Shanghai and Zhengzhou. He frequently writes for several regional publications and think tanks, and previously spent time at Gateway House, a foreign policy think tank in Mumbai, and Infosys China, an IT services Multinational.
Latest posts by Dev Lewis (see all)