Digital Asia Hub, in collaboration with the Berkman Klein Centre for Internet and Society, held the second AI in Asia workshop titled ‘AI in Asia: Ethics, Safety and Societal Impact’ on December 16, 2017.

Digital Asia Hub invited experts from across Asia, Europe and the U.S., including among them leading lawyers, data scientists, ethicists, engineers, social scientists, and entrepreneurs, among others. The day-long workshop consisted of five panels: AI and Ethics, AI and Law, AI and Safety, AI and Societal Impact, AI and Transparency. 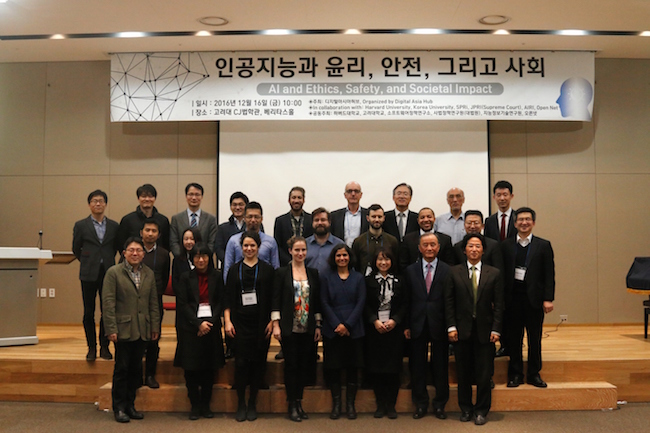 Our three-city series titled “AI in Asia” launched in Hong Kong on 21st November.  Designed as a framing event for the region, it brought together a fantastic group of scholars, policymakers, investors, technologists and artists. The final workshop “AI in Asia: AI for Social Good” will be held at Waseda University in Tokyo on March 6-7, 2017. Digital Asia Hub will release a white paper on AI in Asia once the series of workshops are completed.