2020 was a year of extreme highs and lows for the fortunes of technology platforms in China. From the onset of the Covid-19 pandemic they were central to sustaining economic activity during lockdown and maintaining a ‘new normal’ as the country re-opened. Their dominance over life in China seemed emphatic. By the end of the year, however, their fortunes have swung significantly.

Chinese technology platforms are being put under political and regulatory pressure over concerns such as anti-competitive behaviour, consumer harm, and risks to the country’s financial system. In November 2020 the State Administration of Market Regulation issued a draft law to clamp down on monopolies and anti-competitive behavior of e-commerce companies such as Alibaba, JD.com, and Meituan. The same month Fintech giant Ant Financial’s US$37 billion IPO was dramatically called off just days before due to concerns around risky lending with new regulations around lending forthcoming that may bring changes to the fintech business models. Meanwhile, Chinese Internet users are increasingly conscious of indiscriminate data collection and privacy violations, as well as exploitative practices.

In which areas are the need for regulation most pressing? And how might they alter the course of China’s digital economy?

In this Platform Futures conversation, we invite experts from around the region to share perspectives and insights. In the coming weeks we will update and add responses to this thread. 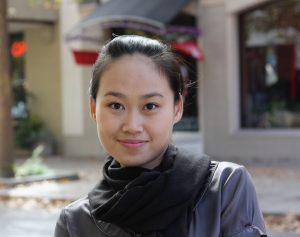 From my perspective, one of the pressing issues facing regulators of China’s digital economy is how to deal with the increasing “infrastructuralization” of digital platforms. In the past decade, profit-oriented digital platforms have increasingly taken on the roles of basic infrastructure providers in China. For example, Alibaba’s mobile payment app, Alipay, is now the basic financial infrastructure for hundreds of millions of users in China. People can — and sometimes have to — use it for almost everything in their everyday lives, from paying utility bills and riding public buses to sending “Red Packets” of money to family and investing money-market funds.  Tencent’s WeChat plays a  similar role as a basic infrastructure provider, along with a number of other digital platforms.

Such “infrastructuralization” of corporate platforms has created many tensions for the Chinese political economy. As I have discussed in a paper there are at least two concerns.

First, there are concerns over the privatization of access to essential services that have broad public value. If citizens in China need to fulfill essential daily activities via profit-oriented platforms it directly raises the concern of disadvantaged populations being excluded from these basic services. For example, elderly people with limited tech literacy face difficulties to use mobile payments to scan “health code” via Alipay or WeChat during the pandemic.

Second, there are also concerns over corporate monopolies. If private, profit-oriented platforms are able to occupy infrastructural positions (e.g., water, gas, and electricity) this will pose a potential barrier to entry for other service providers. For example, Alipay and WeChat, in many ways, act as basic infrastructures to surface various third-party services, which has granted them a special role of controlling the entry point of the Chinese web. These “super apps” therefore, have the power to select which services to make visible (or not) to their vast number of users.

Recently, scholars and policymakers in Europe and the US have developed strong policy proposals to regulate these

“infrastructuralized” digital platforms in the public interest. In particular, political economist Dan Schiller draws from historical cases to argue that the US must renew public utility regulation to uphold public control over key digital infrastructures. He argues that a renewed public utility framework should include at least four pillars: (1) popular education about digital issues; (2) policies of nondiscrimination; (3) public control over essential digital service (e.g., search and social networks); and (4) decommodification of profit-driven network industries.

I think Chinese regulators should also consider appropriate regulatory moves. For example, how to incentivize or regulate digital platforms to integrate social and public goals — not only profit-seeking — into their decision-making process, such as making the system widely and equally accessible, especially to structurally marginalized populations.

Through a new program on Platform Futures, the Digital Asia Hub convenes a network of academics and experts studying multiple aspects of platforms, and to create a space for dialogue on opportunities, challenges, and governance best practices in the APAC context.

Hong Shen
Google Policy Fellow at Digital Asia Hub
Hong Shen, from Shanghai, is a doctoral student at the Institute of Communications Research, University of Illinois at Urbana-Champaign, and has been a RA at the Department of Engineering & Public Policy at Carnegie Mellon University since January 2016. She received a BA and MA in literature from East China Normal University, Shanghai, as well as as an MS in Journalism from the University of Illinois. She is was a Google Policy Fellow with Digital Asia Hub in the first such cohort.
Latest posts by Hong Shen (see all)